Pelion! The mountain of gods and demigods! It has been chosen by the 12 gods of Olympus for their summer vacation and rises from the highest peak reaching 1.624m, imposing and green, northwest of the town of Volos. Magnesia was among the first areas in Greece to be inhabited. Archaeologists have brought to light Mesolithic finds from the Sarakinos cave, Neolithic settlements such as Dimini and Sesklo, as well as forgotten Mycenaean cities that played an important role during the Bronze Age. All these discoveries prove that distinguished cities were found in the district around present day Volos and hat they reached their peak during the Mycenaean era. Among them there was the legendary Iolkos, capital of Mycenaean Thessaly and site of today΄s Volos. Some of the most important pages of the Greek mythology are devoted around the area of Magnesia. The patriarch of this area has been Magnis, son of Aiolos (God of the wind), who has settled in Pelion. The Centaurs were monstrous creatures have been residing in Pelion, and were created after the poetic coupling of Iksionas and Nefeli.

The legends, myths and the traditions excite the imagination and add to its natural beauty their own stroke of the brush, challenging the visitors to initiate to the ancient world of the Centaurs. According to the mythology, Pelion is the home of the Centaurs (with body of a horse from the waist and down and with the body of a man from the waist and up). Most well-known Centaur was the wise Centaur Chiron teacher of Iolkos-Jason. The richness of the mountain in therapeutical herbs from the ancient times until today is combined with the myth of the Centaur Chiron (son of Kronos) who was teaching Asklipios the Art of Medicine. Today Asklipios is considered the father of medicine. Chiron intervened for the marriage of Pileas and Thetida, which took place in Pelion. During this marriage and because of the apple of discord the Trojan War has begun. Other students amongst well known were Hercules, Achilleas and Jason that started off his expedition to find the Golden Fleece with the boat “Argo” made from the ancient trees of mount Pelion. It is this mountain that Paris gave to the most beautiful woman the apple of discord, that became the reason for the start of the Trojan war and this is the place that the marriage of King Pileas with the Goddess Thetida that Homer and Pindaros have sang for them and brought very close the mortals with the 12 Gods for the first time.

The Argonautic expedition, which has started from Magnesia, is historically relevant with the very start of processing of the gold in Greek area. The Myth says that when Jason decides to bring the Golden Fleece he asks all the bravest of his times for their companion in this great adventure. He sends preachers everywhere to rouse them and that is how the myth of Argonautic expedition starts. It was from here that the “Argo” set off with Jason and the Argonauts for the distant shores of the Black Sea in quest of the “Golden Fleece”. One result of this campaign was to strengthen the maritime empire of that region, the Minyans, the other was to broaden the naval horizons of the period. The area of Volos, ancient Magnesia, constitutes one of the oldest settlements of the Greek area. The first known settlements of population, date around the 7th millennium B.C while the cultural presence in the area continues without gaps.

Very important Mycenaic settlements in the area are on the hill of Saint Theodore. Today in Volos this areas are called Palia and Peykakia. At Mycenaic period the establishment of Iolkos is dated one of the most economic and literal center of that time, that is bound with the Myth of the Argonautic expedition. Earlier researchers have though that the place of Iolkos was around the area of Volos called Palia. Newest findings in Dimini contradict the earlier theories and make almost certain, in combination with the written findings that the center of the kings of Iolkos, was in Dimini. There existed the economic center that was based upon agriculture and cattle-breeding, while the economical flourishing, as far as the commerce through the sea was concerned, was performed from the port in Peykakia. During the classical period (6th Century B.C) Pagases flourished which was the seaport of Feres.

At 293/92 B.C the king of Macedonia Dimitrios the “besieger” has founded the well known town Dimitriada after having settled people at the surrounding large villages. Dimitriada has proven to be one very powerful military station and base of operations for the Macedonians. At the same time has evolved to become an economic centre with peak period of 217-168 B.C. In 197 B.C Dimitriada was occupied by the Romans. The town was built according to the Ipodamius system and was surrounded by very powerful walls. At the eastern part of the town there was the palace, on the southern part there was the market and on the western part there was the theatre (3rd Century B.C). Very important findings of this period are the written script headstones that give interesting clues for the economy, the society and the arts of this period.

At about 1886 the train lines between Volos and Larissa and Kalabaka have been completed. In 1895, the operation of the train line between Lexonia and Volos has started that reached Milies around 1904. At the same time around 1892, the works for the reconstruction of the port that continued until after the 1st World War due to the needs for continuation of movement of the goods kept growing and growing. Let’s note that in 1919 the port of Volos was the first Port in exports of tobacco in Greece with a percentage of exports of about 30%.

After gathering all the ifs and ands – funds, labor, and grown internal market, as well as access to raw materials – Volos has evolved before the war to an important industrial centre. The most important sectors of the industry were the foods, metals, tobacco weaving and tannage. During this economical growth, very important cultural and social activity was rising. In 1894 the foundation was laid for the Municipal Theater, in 1896 the gymnastic union was founded, in 1908 the supreme elementary school for women, scope of the modernizing educational beliefs of the principle Delmouzos, and the working union of Volos, the first in Greece were founded. 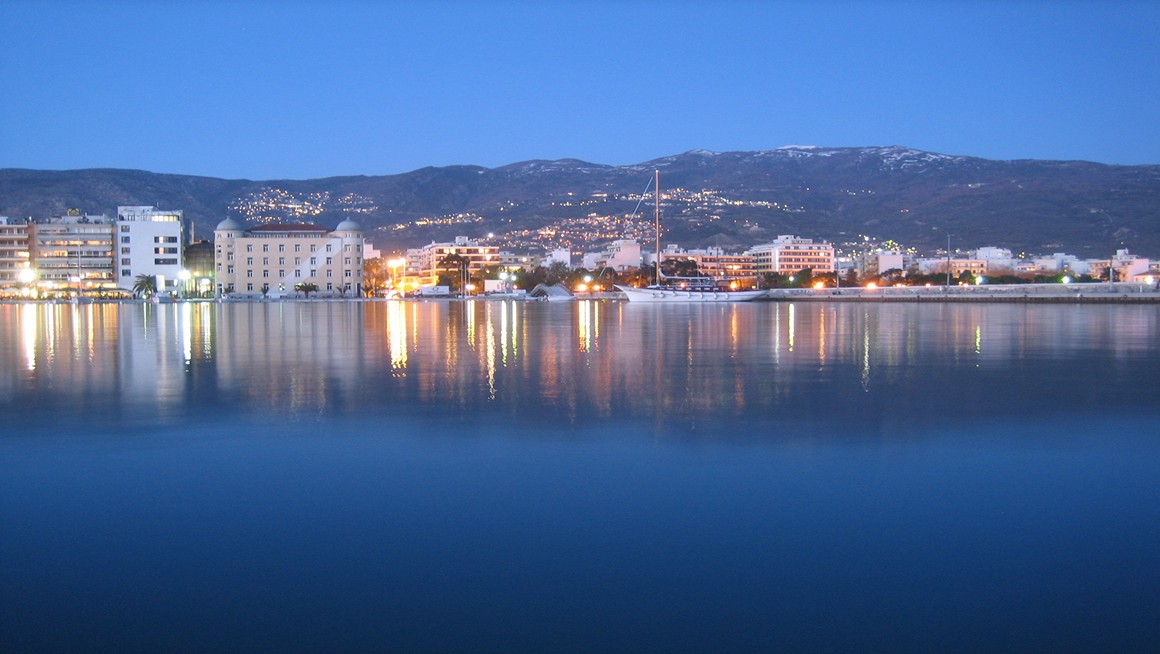 The 2nd world war has temporarily stopped this evolvement of the town. During the period 1941-1944 Volos has been suffering in all aspects from the German bondage. After the war Volos has evolved in one of the most important urban-design complexes of Greece considered both from economical as well as from demographic aspect, consisting of municipality of Volos and N.Ionia and smaller surrounding villages. The earthquakes of 1955 have altered the aesthetic view of the town.

The modern town, utilizing the industrial know-how of Pelion, the labor workforce of Thessaly and private investments, have grown into a big industrial centre, with the 3rd largest seaport of the country. The economy of the town is depended on industry, commerce, services and the tourism. Offering a new and modern university, a live artistic, intellectual and remarkable cultural infrastructure as well as a perspective of substantial evolvement, Volos is turning into a powerful centre inside the Greek and Europe region.